Besides, the college Principal Dr. Pushpinder Walia was honoured for being the Principal of the biggest contributing college towards MAKA trophy and Mrs. Sweety Bala, Head, Department of Physical Education was honoured with a memento and cash award of Rs. 8,000.

Recognizing the talent of sportswomen of the institution, the college welcomed its International and National Players with garlands, bouquets and also distributed sweets to the staff and students. Principal Dr. Pushpinder Walia congratulated the students, teachers, supporting staff and players for achieving splendid success and for winning the prestigious trophies. She further added that BBK DAV has always promoted sports and offers state of the art infrastructure to its players. 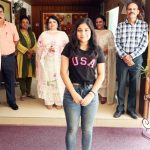 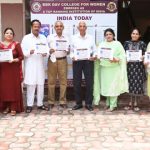 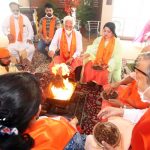 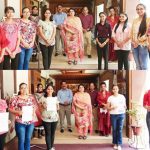