Why Is It Mandatory For Women To Be Educated? - BBK DAV College for Women, Amritsar
Skip to content

Why Is It Mandatory For Women To Be Educated? 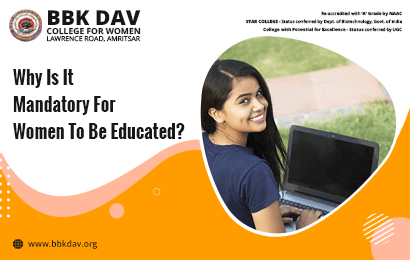 If the women of a country become educated, then that country becomes educated on its own. Women’s education is a term that refers to the status of primary, secondary, tertiary, and health education in girls and women. There are 65 million out of school girls worldwide; Most of them are in developing and underdeveloped countries. All countries of the world, especially developing and underdeveloped countries, should take necessary steps to improve the status of their female education; As women can play an important role in the development of the nation.

Women are the soul of society; A society can be judged by the way its women are treated. An educated man goes out to improve society, while an educated woman; whether it goes out or stays at home, improves the home and its occupants.

Health is a more important part of women’s life. If they are educated, they can take care of themselves. With the help of women, men are more concerned about their family’s health than men and also have a great understanding of hygiene. Even working women are constantly concerned about the health of their families and do not compromise on it at any cost.

2) Prevents the social exclusion of women

A girl, who does not attend school today, works as a domestic help in household chores in her home as well as other homes; Mostly only for a small amount of money. An illiterate woman or girl is most likely to work as domestic help or in extreme cases be pushed into the body trade; Unlike men or boys, who, despite being illiterate, are easily employed as unskilled laborers.

3) To get dignity and respect in society

A woman is the dignity of a household, and the justice of a society depends on how her women are treated and how educated they are. It is only when a woman is able to protect her dignity and honor, that she will be able to protect the dignity and honor of her family. An illiterate woman may lack the courage to speak up for her dignity while an educated woman will be confident enough to fight for it.

Education makes a woman self-sufficient; That is, he is not dependent on anyone for his survival as well as the survival of his children. She knows that she is educated and can work equally as men and provide for the needs of her family. A financially independent woman can raise her voice against injustice and exploitation.

URGENT – All Students of Final Semester (UG, PG & All Diplomas) 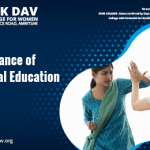 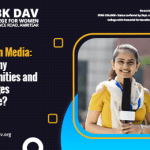 Career in Media: How Many Opportunities and Challenges Are There?